Where to go on Leros

Although Leros is quite a small island, there is plenty of variety. One day you can be on a fairly lively beach, the next you could be strolling through a valley with only goats and chickens for company.

There are plenty of settlements, each with their own different character. Some of these are briefly described below, but there are plenty of other places to visit, perhaps not so well known, and maybe not even named on the map.

On the East coast: 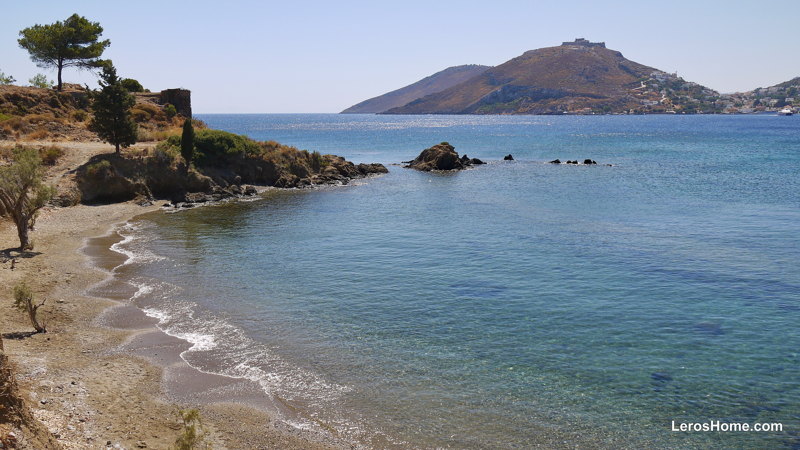 This is referred to as a 'resort' but it is very low key. There is a strip of shingly/sandy beach that extends for several kilometres so there is plenty of room for everyone. There are further small beaches around Panagia and, right at the end of the road, at Dio Liskaria.

Bicycles, pedalos, canoes and boats can be hired. Plenty of bars, tavernas and restaurants – most with some tables right on the beach. The Historic and Folk Museum of Leros is housed in the Bellenis tower. 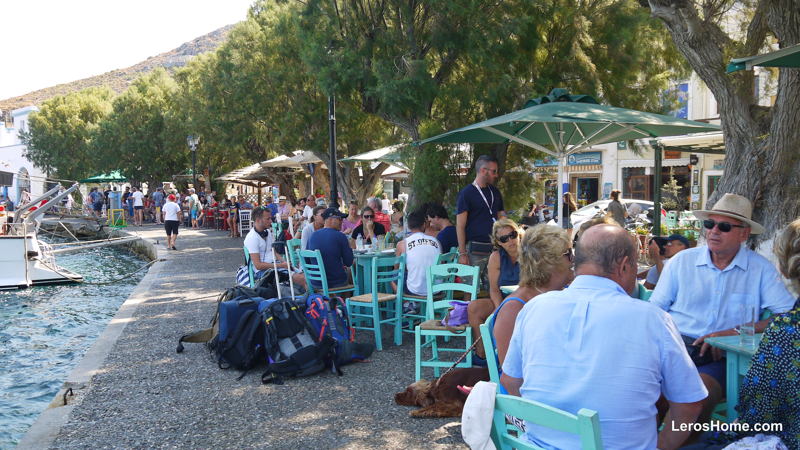 This is where the catamarans come in. Almost every day you can buy freshly caught fish on the quayside. There are cafes and places to eat, plus a few bars and a couple of nightclubs. There is an archaeological museum housed in a restored, neoclassical mansion and there are nice little arty crafty shops. Boats leave from here for Patmos and Lipsi and there are also day trips by boat to the smaller islands nearby. 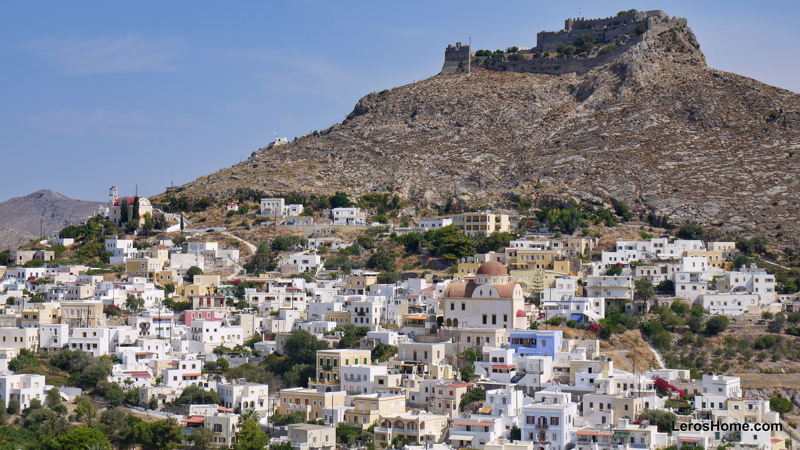 Slung over the saddle of the hill between Agia Marina and Pandeli, this is a quintessential Greek-island village with a fascinating mix of whitewashed cube houses on narrow, winding lanes plus some grander neo-classical mansions.

This is the hub of the island, with the Town Hall, the bus station and a taxi rank. There is a supermarket, other shops, and cafes. 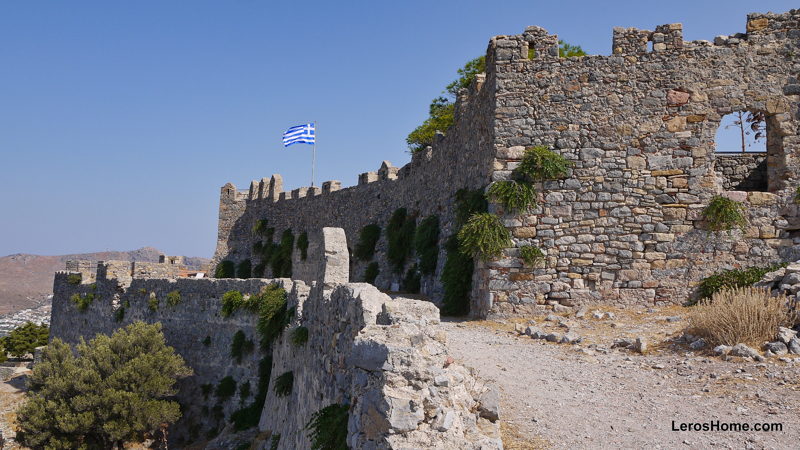 Starting from Platanos, you can walk (or drive) up to the old Byzantine/ Knights Templar castle. It has undergone careful restoration and gives breathtaking views over the island and beyond. The church of Panagia has impressive Byzantine icons and other items and is the focus of celebrations on August 15th which is the feast day of Panagia or the Virgin Mary. 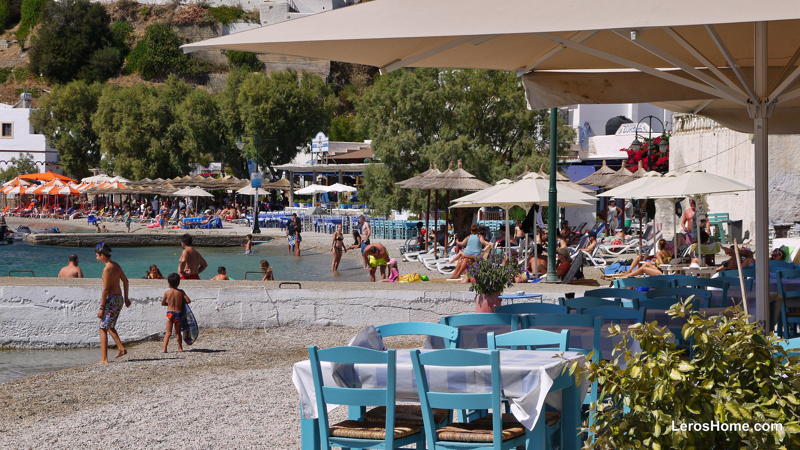 This is primarily a fishing harbour, although in Summer there are also yachts moored in the bay. There are plenty of restaurants (and most are open throughout the year) plus cafes and bars. There is a small beach – now with umbrellas and sunbeds.

In recent years, Pandeli has seen improvements, such as the cobbles in the square, the replacing of a derelict hotel with a much-needed car park and the building of a new hotel and apartments. The beach is also more organised now, making this popular little village lively throughout the season. 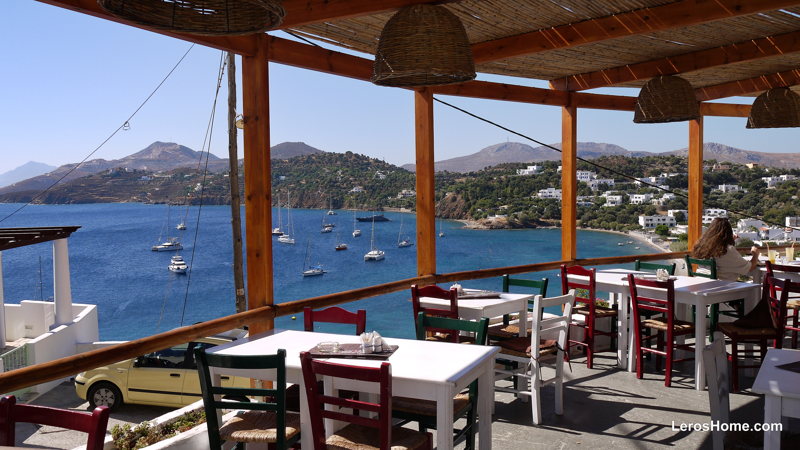 Just south of Pandeli, this pebbly beach has a lovely view, being surrounded by greenery and looking out to the little island of Agia Kyriaki. There is one taverna here. There are some small private coves further South.

At the Southernmost point: 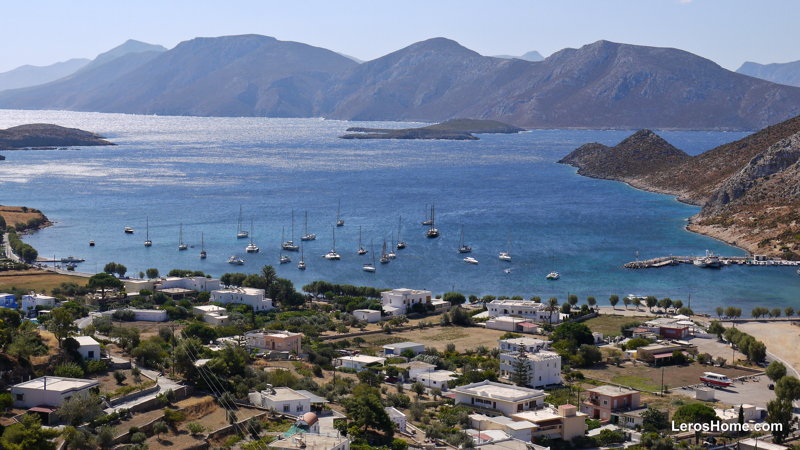 This is a small fishing harbour at the far south of the island with four restaurants open in the Summer. There is a diving centre and caiques (small boats) leave in season for the island of Kalymnos. The small beach is protected from the North winds. Good bus service.

The main town and the West coast: 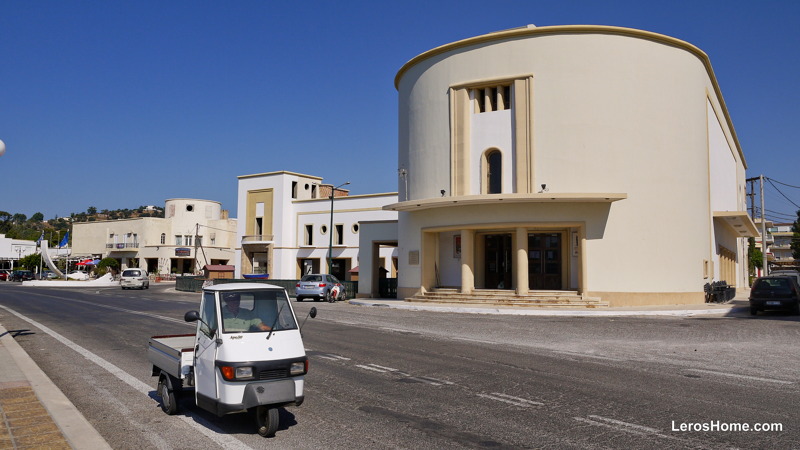 This is where the large ferries come in. The bay is one of the deepest natural harbours in the Mediterranean, a feature which made it the focus of activity during the Second World War.

Some of the art deco-style buildings from this period are currently being restored. There are plenty of shops, cafes and places to eat as well as two marinas and a boatyard. It is pleasant to stroll through the pine trees to the beaches at Kouloukia and Merikia, where there is also a fascinating War Museum, housed in one of the wartime tunnels. 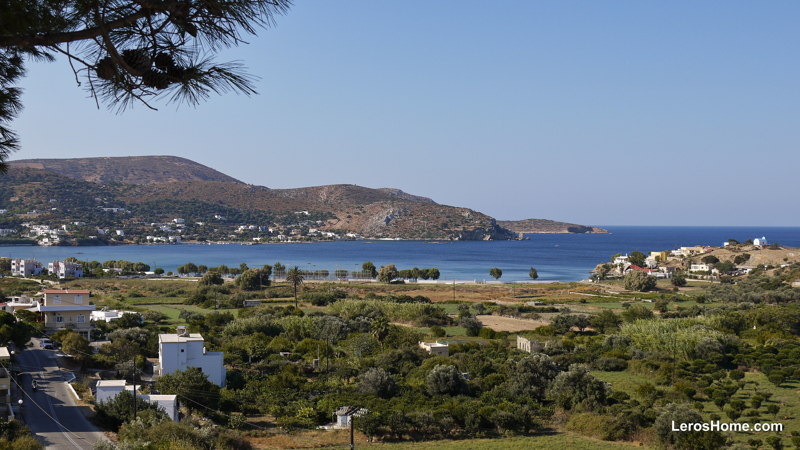 The beach here is sandy and the sea remains shallow for quite some way out making it particularly safe for younger children. There is one taverna here that is open all year round. The whole of this bay faces West so you can enjoy the sunset over the Aegean. 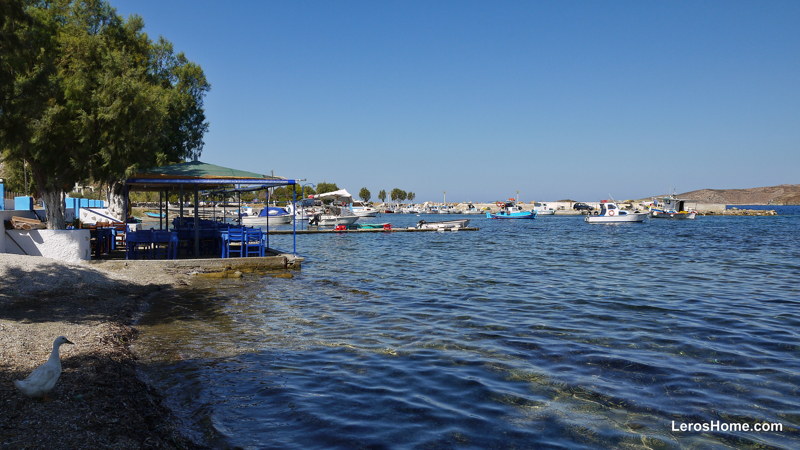 At the end of the road in Gourna bay is the tiny fishing harbour of Drymonas. There is a lovely little church built into the rock and one fish taverna here. 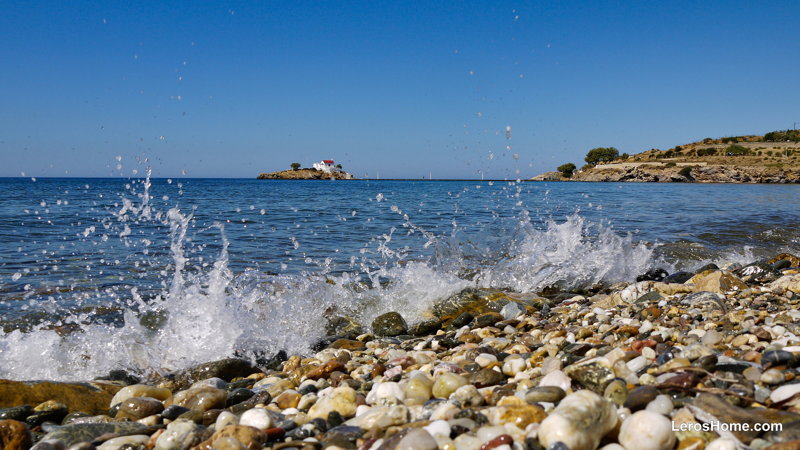 The picturesque church of Agios Isidoros is built on a rock a few hundred metres out in the bay. It is reached via a walkway so check that the weather is not too windy or this can get wet and slippery. From the main road, you need to take the road signposted 'Kokkali'.